Strategies for Attorneys & CPA’s to Grow Their Business 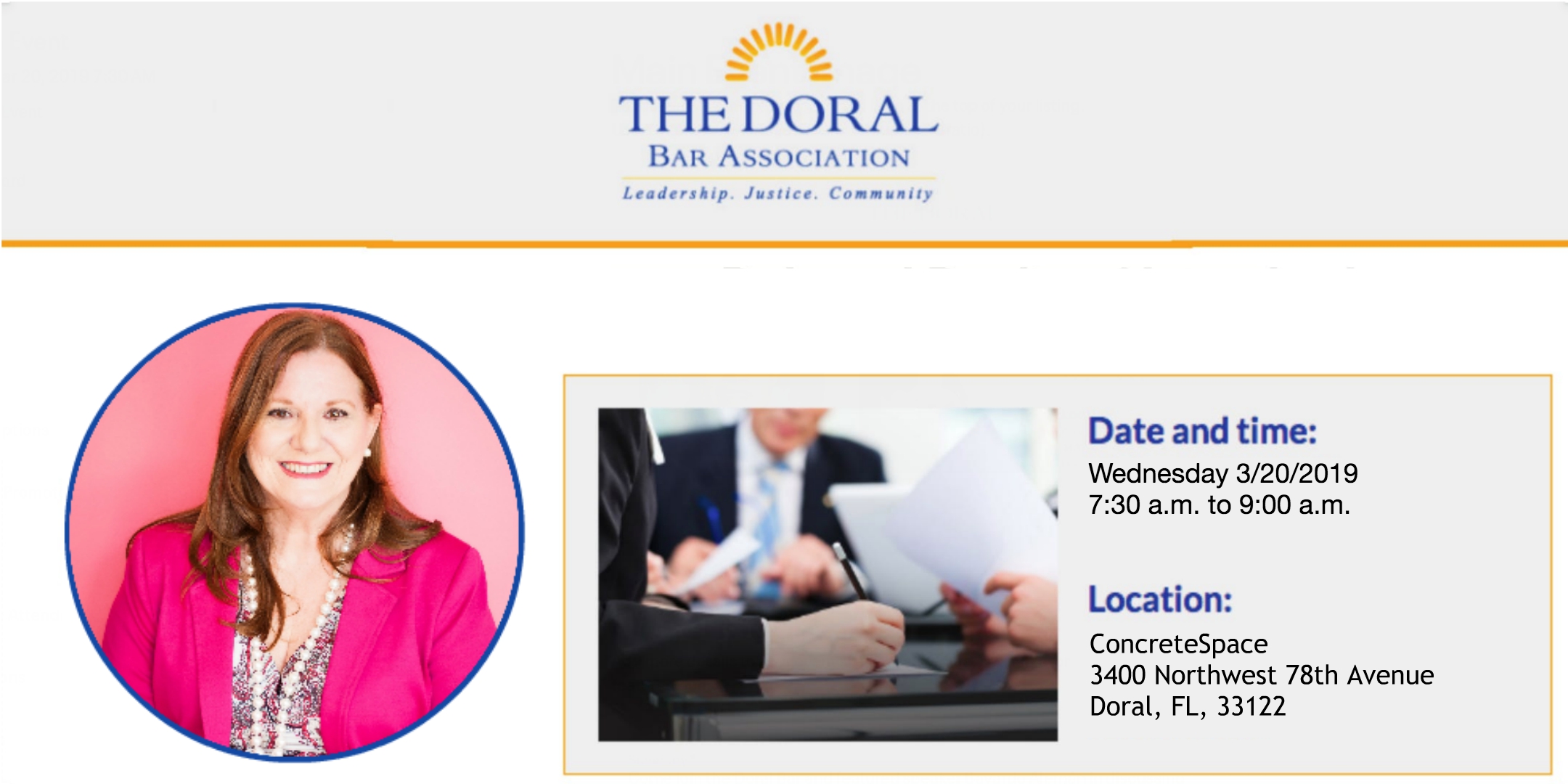 In 2012, Millie took a temporary leave from The Miami Group to join the Obama Administration as the U.S. Department of Labor Southeast Regional Representative for Secretary of Labor Hilda L. Solis. Responsible for amplifying key programs and initiatives of the department in the nine states of the Southeast region, she served as liaison to federal, state and local government officials and community stakeholders. During her tenure, she worked with women, veterans, LGBTQ, faith-based, people with disabilities, education, farm worker, labor, and civic organizations; federal contractors, other federal agencies, and business groups on veterans’ job fairs, equal pay, awareness and prevention of human trafficking, wage theft, prevailing wage violations and misclassification of workers, and the launch of the Affordable Care Act.

Millie managed the primary election campaign of Congresswoman Loretta Sanchez for the U.S. Senate from April to August 2016. She led the campaign team in reaching targeted voters, managing the budget and all resources, and ensuring all milestones were met in a timely manner to get out the vote. Ms. Sanchez faced 33 other candidates in the primary and successfully continued as one of two contenders for the general election in November.

Prior to founding The Miami Group, Millie was Business Solutions Product and Project Manager at Amadeus North America, Business Systems Analyst for Assurant Group, AVP of Special Projects at Centrust Bank, in Miami, Florida; and Systems Analyst at Dresser Industries in Dallas, Texas. She began her professional career in technology as a programmer-analyst at Grupo de Proyectos GPI in Caracas, Venezuela, and City National Bank of Baton Rouge, Louisiana.

Millie is an opinion maker and is often sought out for interviews on issues of importance to Hispanics and working Americans by national and local TV, radio, and print media. Millie also contributes articles to Miami Community Newspapers, the Miami Herald and El Nuevo Herald. Millie has been a visiting lecturer for the Master in Political Communications program at the Universidad Pontifícia de Salamanca in Salamanca, Spain, and Universidad Camilo José Cela in Madrid, Spain.

Millie is a 2004 Fellow of the National Hispana Leadership Institute Executive Leadership Program and completed the Harvard J.F.K. School of Government Effective Change through Public Policy and Management Executive Training program, is a member of the Harvard Alumni Club of Miami, and the Harvard Kennedy School of Government South Florida Network. She has served on the Community Advisory Board of the Girls Advocacy Project, an intervention program for girls detained in the juvenile justice system. She has been honored as the 2016 Miami LATINAStyle magazine Entrepreneur of the Year, 2016 Hispanic Woman of Distinction Pioneer Award, 2015 Woman of Impact from the Women’s History Coalition of Miami-Dade County, 2013 Glass Ceiling Award from the Florida Diversity Council, and the 2004 Latina of Excellence Award from Hispanic magazine.

Believing that community involvement is the best way to make the world a better place for all, Millie is currently involved in the Equal Pay Miami-Dade campaign and NAWBO National public policy advocacy, has served on the Board of Directors of NAWBO Miami, is a member of the Miami Dade College Koubek Center Advisory Board, The Commonwealth Institute, and the NAWBO Miami Chapter. She previously served as President of the Board of Directors of Orchestra Miami, volunteer Guardian Ad Litem in Miami-Dade County from 2003-2012, and on the Miami-Dade County Commission for Women in 2002-2003. Millie held elected office in the Kendall Community Council 12 from 2003 to 2006, and served as Vice Chair in 2005. She also served as Secretary of the Board of Directors of Union Positiva, a non-profit organization focused on HIV/AIDS prevention and outreach for vulnerable men and women in the Hispanic community from 2002-2005.

Millie earned a Bachelor of Science degree in Management Information Systems from Southern Illinois University, in Carbondale, Illinois; and a Master in Business Administration degree from Florida International University, in Miami, Florida.

Millie Herrera was born in La Habana, Cuba, and fled the Castro regime as a child with her family, growing up in Baton Rouge, Louisiana. Millie has a daughter and resides in Miami, Florida, since 1987.